Effect of Iron on Gut Flora 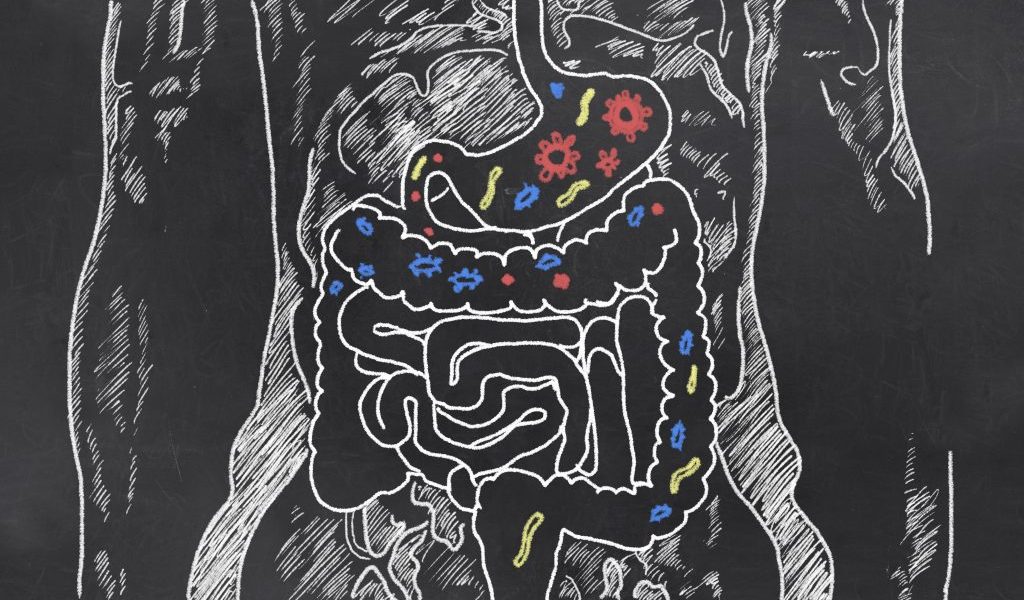 It is well known that iron should not be supplemented during an active infection as it can stimulate bacterial or fungal growth (Bruhn & Spellberg 2015). However, it is less common knowledge that iron affects the composition of gut flora too. Hence in the human body iron is tightly bound to various proteins that limit iron supply to potential pathogens during an infection (Oppenheimer 2001).

For example, Bacteroides species (pathogenic bacteria) are highly dependent on heme and free iron (Otto et al 1990), and multiple strains of pathogenoic bacteria compete for unabsorbed dietary iron in the colon as their colonization depends on iron and other essential nutrients as their growth factors (Andrews et al 2003).  Hence in areas of prevalent parasitic infections and / or in areas of malaria, iron supplementation may exacerbate infections (Duque et al 2014). However, beneficial barrier bacteria, such as lactobacilli, which prevent pathogens from colonization, do not require iron (Dostal et al 2012).

Side effects of ferrous sulphate supplementation 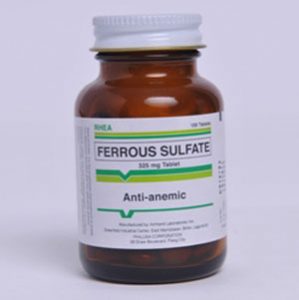 While iron deficiency is one of the most common nutritional deficiencies worldwide (Doque et al 2014), some forms of oral iron supplementation, especially ferrous sulphate (FeSO4) can cause detrimental changes to our gut flora by modifying their composition and metabolic activity (Dostal et al 2012), which may be partly responsible for common gastrointestinal side effects associated with iron supplementation such as constipation, diarrhoea, nausea and vomiting (Balarajan et al 2011).However, it must be noted that the frequency and intensity of these complaints depends on the amount of elemental iron released in the stomach (De-Regil et al 2011).

After 6 months, researchers found much greater number of fecal enterobacteria (but not beneficial bacteria) in the iron fortification group in comparison with the control group. In the iron group, there was also an increase in the fecal calprotectin concentration (a marker of gut inflammation) which correlated with the increase in fecal enterobacteria. The authors concluded that iron fortification in this population produced a potentially more pathogenic gut microbiota and increased gut inflammation, which may be due to reduced production of colonic butyrate (Dostal et al 2012), a short chain fatty acid that inhibits inflammation in the cells of gut lining (Canani 2011) produced by beneficial bacteria (Ramakrishna 2009)

Zimmerman et al (2010) suggested that it may be important to consider probiotic (lactobacilli and bifidobacteria) supplementation during the period of iron supplementation, or to maximize iron absorption by using chelated iron such as ferrous bisglycinate (van Stuijvenberg et al 2006) or absorption enhancers such as vitamin C (Troesch et al 2009).

As noted by De-Regil et al (2011), ferrous sulfate is the most commonly prescribed iron supplement due to its efficiency and low cost. However, iron bis-glycinate chelate has been shown to have superior bioavailability as it does not form insoluble compounds with dietary substances that inhibit iron absorption such as phytates (Haros et al 2009), oxalates (White & Broadley 2009) and tannins (Zijp et al 2000) and has fewer side effects with high doses (Doque et al 2014)

In their study, Duque et al (2014) randomly supplemented 200 Mexican children with low serum ferritin concentrations (ferritin is a marker of tissue iron stores), but without anaemia, with 30 mg/day of elemental iron as ferrous sulfate or iron bis-glycinate chelate for 12 weeks. The authors found that the bis-glycinate chelate was more efficient for maintaining higher ferritin concentrations long-term (6 months after supplementation) than ferrous sulfate. The authors suggested this could be due to iron bis-glycinate chelate‘s resistance to inhibiting factors such as metals, dietary fiber, phytates, and phenols, which form insoluble compounds with iron.

Another advantage is the amino acid bonding in the iron bis-glycinate chelate, which reduces its direct exposure to the gastrointestinal mucosa, reducing local toxicity and side effects attributable to iron supplementation (Peña-Rosas et al 2012). These findings are in line with the study by Coplin et al (1991) who found that side effects were greater  in the group that received ferrous sulfate.