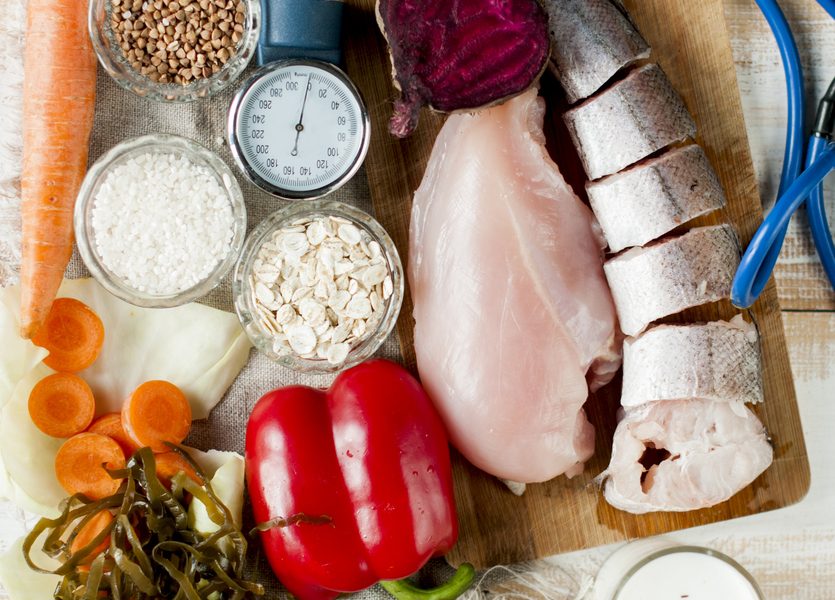 Dietary Approach to Stop Hypertension (DASH) diet is a dietary approach to lower blood pressure (BP). Research shows that even relatively small reductions in BP can dramatically reduce the incidence of cardiovascular disease and mortality.

While the DASH diet is well known for its ability to reduce blood pressure, its benefits may be much more far-reaching.

Asthma is an inflammatory condition characterised by airway hyperresponsiveness and chronic inflammation. Reducing inflammation is an essential process of managing this condition.

Research shows that the DASH diet rich in fresh fruit, vegetables and nuts and high in antioxidant nutrients (such as vitamins A, C, E, and zinc) and ω-3 fatty acids may benefit asthma sufferers, as these nutrients have anti-inflammatory properties.

In a small American pilot study, a 6-month randomised controlled trial (RCT) was conducted in which 90 patients with uncontrolled, persistent asthma, aged 18 – 70 years divided into two groups, participated. The two groups were equally randomized to receive usual care alone or usual care with a DASH diet intervention. The DASH diet group were advised to consume 9 – 12 servings of fruits and vegetables daily in addition to 2-3 servings of low-fat dairy products and maximum total fat at 27% of estimated calorie needs (reduction of saturated fat was emphasised by focusing on reduced consumption of red meat and regular-fat dairy). At the end of the pilot trial the authors concluded that the DASH dietary intervention significantly improved asthma among adults with uncontrolled asthma with no adverse side effects and therefore a full-scale efficacy trial was warranted.

NB:
RCT refers to a study of two or more intervention treatments in a group of participants allocated to a particular treatment in random order.
Pilot trials are exploratory studies limited in size and scope and cannot provide definitive support for specific therapeutic claims

A small randomised controlled study (RCS) published in 2017, was conducted among 60 overweight or obese patients with PCOS. The women were randomly assigned to two low calorie diets; the DASH diet and a control diet.  The RCS demonstrated that an adherence to the DASH diet, in comparison to controls, had beneficial effects on body mass index (BMI) with a significant reduction in weight and fat mass (both contributing factors to insulin resistance), reduced serum androstenedione (a precursor to testosterone), and a significant increase in antioxidant status and SHBG, reduced levels of which result in increased circulating androgens (including testosterone), which can impair ovarian follicle development (so contributing to menstrual irregularities) and increase key characteristics of PCOS. Similar findings were reported in another study conducted in 2015, where an 8-week DASH diet eating pattern in overweight and obese women with PCOS resulted in improved insulin resistance, reduced serum hs-CRP levels (a marker of systemic inflammation), and reduced abdominal fat accumulation, all of which are know contributing factors to PCOS.

Although the DASH diet is very similar to the Mediterranean diet (MD) the two main differences between the two are that the MD promotes a high intake of monounsaturated fatty acids, mainly from olive oil, and regular red wine consumption with meals. Although red wine does not feature in the DASH diet, several studies demonstrated a positive effect of light to moderate wine consumption due to resveratrol, a polyphenolic compound found in red wine, which is known for its anti-oxidant & anti-inflammatory effects.

In summary, the DASH diet is an effective nutritional strategy to prevent many diseases, including diabetes, Alzheimer’s diseases / dementia, weight lost and many more.

To read this issue of the BCNH newsletter, follow this link